FCP X Update Reaction – Have Some Cheese With Your Whine… 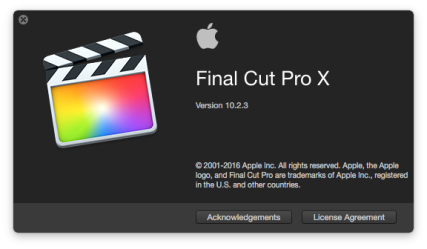 Lots of info on the internets about it… It’s a bug-fix update with a nice new default effect feature. Right click an effect to set it. It will show up as a command with KB Shortcut in the “Edit” menu. If you’ve modified your KB Commands you may need to manually assign the shortcuts.

All good right? Fixed the TC dashboard graphic glitch and other bugs, improved SAN performance, added support for more codecs, and who knows what else they tweaked under the hood. For many of us who use X, a solid update making an already stable app more stable. For many others… well, here’s a sample:

“This is just another lame bug fix update with virtually no new features.”

“…the updates are just bug fixes and tiny winny inovations.”

“Does anyone else think it is time to get worried about the FCPX update situation?”

And of course… the new refrain, mostly from disillusioned FCP 7 users dabbling in FCP X (news flash! FCP 7 is never coming back, get over it!):

“X does indeed need to start trying to keep up with Premiere.”

I’d like to respectfully (lol hahaha) address these comments in general. First of all, if you just don’t like FCP X, that’s fine. And if you use FCP X but for some odd reason think Premiere is better and more feature rich (it isn’t) then there’s one simple solution… Stop using FCP X and switch to Premiere.🙂

I use Premiere and FCP X every day. I know them both in and out. Premiere is fine, but for me, FCP X runs circles around it. I actually keep X open with a mirror of what I’m cutting in Premiere just so I can find things quicker, audition sfx easier, make better titles, etc etc…  Yes, there are more random features bolted onto Premiere. And, if you absolutely need those features, then use Premiere or whatever NLE has the stuff you need.

I’m not implying that asking for additional FCP X features is a bad thing, it isn’t. There are lots of ways in which X could be improved. What I really don’t understand is this widespread perception that Apple doesn’t care about FCP X because… There’s no mixer! It doesn’t do OMF! (really? OMF?!? from the 90’s?), or [INSERT ARCANE FEATURE FROM FCP 7 HERE] isn’t built in! Things change, if you want everything to stay just as it was you have plenty of options. 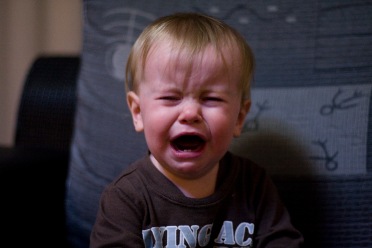 There is virtually nothing that I, as a “high end professional editor” (and I use that term very loosely) can’t do in X, or bolt on with an awesome 3’rd party plugin. Apple sells X into a lot of markets, how many people you think need EDL’s? How many need AAF export? Why should Apple waste their time with that stuff for a tiny percentage of users when 3’rd parties do it better than the built in solutions in other NLE’s? If you’re a “pro” and need things, you pay for them. Boo Hoo.

If you like FCP X, and want it to be “taken seriously” in [LA, NY, LONDON etc] then stop apologizing for it. Use it. Show people what it can do. Like everyone who uses X at the “high end”, I’m in the minority. I need to use other NLE’s, so I do, but I don’t apologize or make excuses for the fact that I think X is better. I try to demonstrate why I feel that way.

And then, inevitably… every time there’s an update to X, some people who use it find more things to complain about than the people who don’t use it. It’s like they’re saying  “I really like X!, why is Premiere so much better?”  [Ed. Note: it’s not.] Huh?!? Insanity.

Look, if there’s a feature you need for a gig that X lacks, request it. If it’s really a deal breaker, don’t complain about it, just use whatever NLE works.

If you want X to do things just like you used to do in FCP 7… then please, switch to Premiere or MC, they’re everything you’ve ever dreamed of.

Apple is kicking ass with X, many of the “new features” in other NLE’s are just lame attempts at copying Apple anyway. Hover Scrub?? Live transparent waveforms?? Optical flow?? Auto-shift overlaps in Trim Mode?? All basic FCP X functions. You want the half baked copy? Use it. But whatever you do… stop fucking whining. It’s really annoying and counterproductive.

Me, I’ll just keep using X, requesting improvements, and looking forward to the next feature update. It should be a good one!